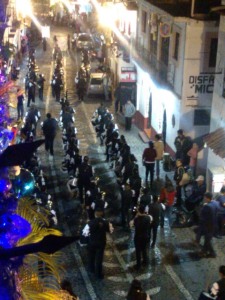 The holiday season in Mexico just goes on and on. First there is the The Feast of Our Lady Guadalupe which begins on December 1st and culminates on December 12th with marching bands playing repetitive music, feverish dancing, and of course fireworks. 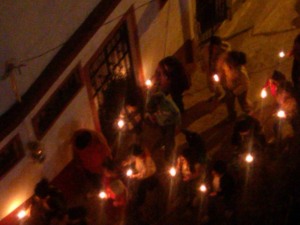 Then on the 16th, Las Posadas start and the calles (streets) and barrios (neighborhoods) are filled with the sound of children singing and pinatas breaking, along with candlelit processions, and more fireworks.

Families gather for Christmas Eve and Christmas but unlike back home, these are only days for family to be together; no gifts under the tree to open — well maybe a small gift or two.

Tonight is the night that Mexican children most look forward to. They set out their shoes in eager anticipation of finding them filled with gifts in the morning. Three Kings Day, January 6th, marks twelve days after Christmas Day, when supposedly the three kings appeared before the baby Jesus and presented him with the gifts of gold, frankincense, and myrrh. 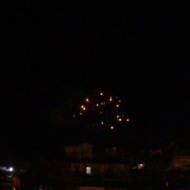 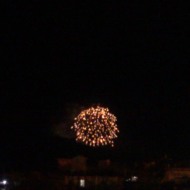 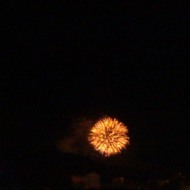 At midnight, the sky will be punctuated with the sight and sound of fireworks and airworks (fireworks with only the boom), church bells will peal, and if they do not sleep though all that noise, children will open their gifts. The day will be marked with yet another family gathering where Rosca de Reyes (Wreath of Kings) bread will be eaten and whomever finds the baby Jesus in their piece gets to host the final holiday celebration, Dia de Candelaria, on February 2.

(To learn more about these Mexican traditions, follow the links above.) 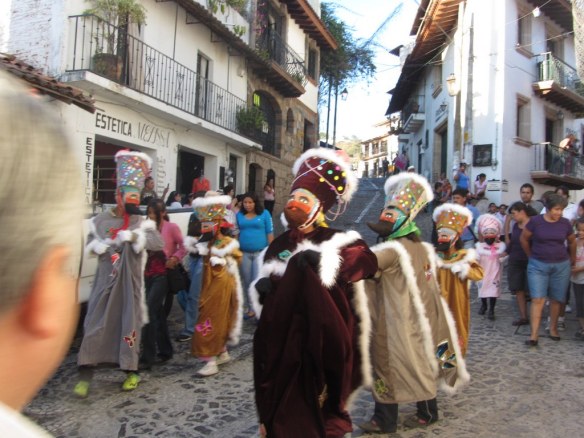 No doubt there will also be another parade down my street. Can’t wait!

Today is the Festival of Our Lady of Guadalupe, probably the biggest religious festival in all of Mexico. Hundreds of thousands travel to the Basilica of Guadalupe in Mexico City where supposedly the virgin Mary appeared to a simple peasant, named Juan Diego, on December 9 and December 12, 1531.

As the legend goes, Mary told Juan to ask the bishop to build a church on Tepeyac Hill but the bishop needed proof of Juan’s encounter and asked for a miracle. Juan returned to the hill to find roses where previously only cacti had grown. Juan Diego showed the roses to the archbishop and revealed an image of the Lady of Guadalupe she emblazoned on his cloak (this cloak is on display at the Basilica), convincing the bishop of the miracle so the church was built. An little detail I find interesting is that Mary supposedly spoke in the indigenous Nauatl language, causing many indigenous people to convert to Catholicism.

The festival actually starts on December 1st when ardent believers begin their pilgrimage, often by foot, bicycle, burro, or as I saw today, horseback to Mexico City or any town (like Taxco)with a church in honor of Guadalupe. Some show their devotion by arriving to the church on their knees. Children often wear authentic costumes, while adults wear clothing imprinted with images of the virgin and carry candles and icons. Cars and trucks are decorated with images, three-dimensional icons, or mini altars honoring Guadalupe, the patron saint of Mexico. Click here for pictures.

The main celebration, as I noted in yesterday’s post, begins the night before the feast day (December 12) with bands marching solemnly through town playing pretty much the same song (maybe two)over and over. Gathering a crowd as they march, the processions eventually lead to the Church of Guadalupe far up the mountain beneath the Cristo statue. There the music continues with fireworks and airworks (fireworks with only the boom)adding to the cacophony. Often, conchero dancers (the name probably comes from the word concha, meaning “shell,” suggested by their mandolin-shaped instruments made of armadillo shells) often in colorful traditional dress (blending indigenous traditions with the Catholic celebration), offer their art to the virgin by furiously dancing to the endlessly repeated accompaniment. The celebration continues into the wee hours of the morning, with a midnight mass, church bells pealing and more fireworks and booms, ending about 1 am. 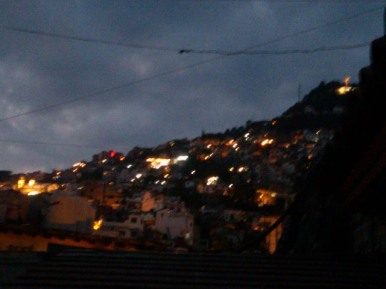 Fireworks at Church of Our Lady Guadalupe

The following day, December 12, the festival continues from morning to night with more music, dancing, feasting, and of course, fireworks.

I wandered downtown to, as a Mexican friend puts it, “see the show,” but other than a good sized band of cabello hombres (men on horses) carrying their Guadalupe pennant and saying something over a loud speaker (which I could not understand) I did not see anything unusual. It just seemed a little like the day after Thanksgiving back home, with lots of people wandering around and shopping. Of course I did not go to the top of the mountain where the church is located either.

Now that the sun is going down, the bands and fireworks are becoming more prominent again.

Taxco, like Madison, is considered by outsiders to be a party town. Perhaps that has something to do with the frequent celebrations often including marching bands, parades, and fireworks.

At least once a week, if not more often, a parade goes by my house, filling the main street in town with children, balloons, queens, kings, costumed characters, and of course, marching bands, bringing traffic to a screeching halt and pedestrians, trying to get to their destination, weaving in and out of marchers, dancers, and balloon waving participants. 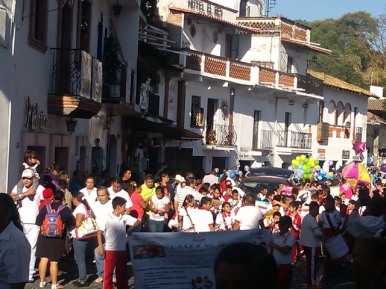 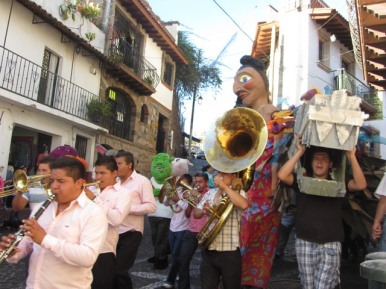 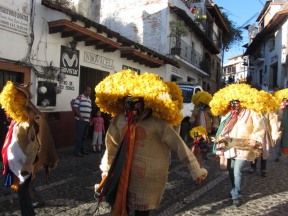 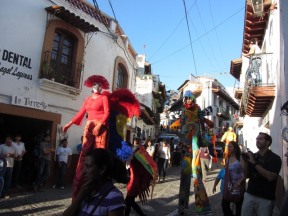 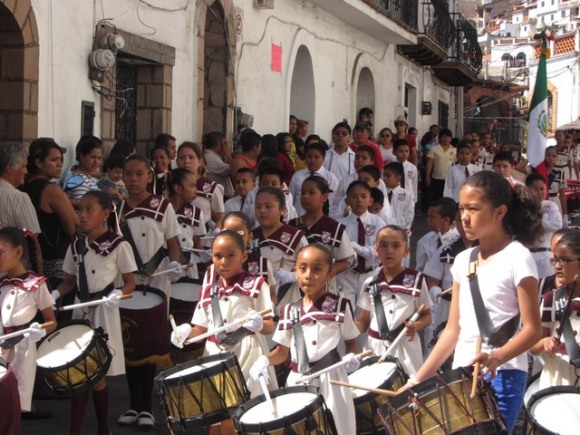 Today is December 11th, the night before the Festival of Guadalupe (the Mexican Virgin) and official kick-off of the holiday season in Mexico. So far, at least 4 drum and bugle corps have marched by. The streets are filled with processions carrying icons of the virgin followed by the reverent often carrying candles and smaller icons of their own (click here for pictures). The drums echo through the streets and off the mountains. Every so often, “air works” (fireworks without the fire, only the boom) add to the cacophony. 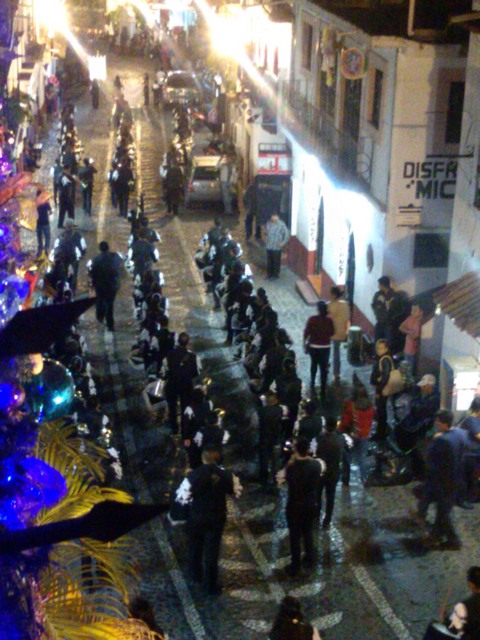 I think this is one of those nights when “there is no rest for the wicked.”