Sorry I have not been around the last few weeks. It is a long story but I will try to make it short.

I was happily adding pictures to my Blog post one day when all of a sudden my computer screen went black. No matter what I did, it would not let me reboot, restart, or anything. The modern version of the “blue screen of death.”

A friend, who works with computers and is trained as a tech, came over and could not get it to work either. Finally I had no option but to go without until I got back to the States 6 weeks or so later of  to take it to a computer repair person.

Now having a computer failure in the States where I speak the same language (well sort of) is difficult enough but trying to explain the situation in a language you barely speak is another thing altogether. Even my tech friend did not recommend I go anywhere in Taxco. Thank goodness for the father of my English students, a successful business man about town, who knew a skilled repair person and was willing to act as my translator.

To make a long story short, the hard drive failed. We were able to retrieve my data. Whew! I had just moved all my photos over to the computer to save space on my phone and make it faster and had run out of time to back it up. That could have been a disaster. Lesson learned, the hard way.

I now have a new hard drive but being in Mexico I have a Spanish version of my operating system (which is not the same) AND more challenging yet, an unfamiliar Web browser and Windows Office in Spanish.

Did I say, I don’t speak much Spanish?

The worst part of the situation is that I lost all my programs. So for the time being I am somewhat limited, especially in the adding photos to my Blog department. I am working on solutions that are accessible from here without the program CDs or proof of purchase documentation. Please bear with me. 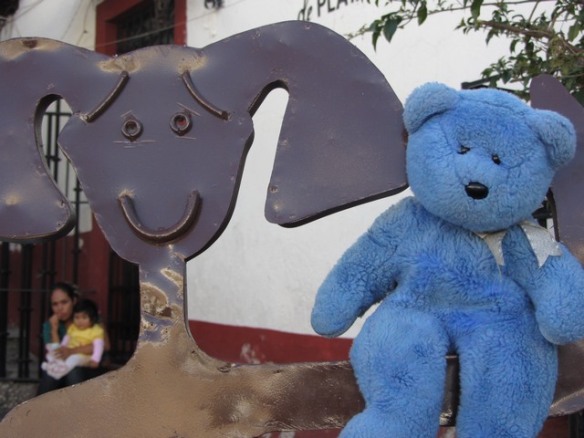 You know, the concept of going paperless sounds great until something like this happens! And there is only so much you can do on/from a smart phone.

Do you have and electronic nightmare you wish to share?