There is no doubt about it, learning another language is hard (unless, maybe,  you learn as a kid.)

Spanish, being a romance language, shares many Latin root words with English that are the same or very similar in both languages (university is universidad). From there on, though, Spanish is pretty much opposite in structure (aka grammar) from English.

To give you a few examples, adjectives follow nouns rather than precede them (the boy small or the house beautiful) and when you say you do not want… or something is not…, the negative is added to the front of words and phrases (No want… or I no go…) and there are two words for to be (is, are, etc.) that have two distinctly different meanings, though both meanings translate to the same word in English.

So like my great grandmother who might have said, “Throw me down the stairs a hankie,” I have to learn to think and speak backwards. Like I said, it is not easy.

I have found though, that if I am having trouble making myself understood, I should speak with a woman — preferably one who has raised children.

I was relating a story in Spanish and was pretty sure that I was using the correct words and even phrases. Though the women were smiling and nodding, one hombre in particular kept shouting, “Speak Spanish,” to which I replied, “I thought I was.” He turned to his wife, and said, “Do you understand her?” And she replied, “Yes.” He said, “Only a few words here and there, right?” to which she replied, “No, every word.” He, of course, was dumbfounded.

As my hostess Irma, likes to say, “Many words fly into the air,” however due to their experience in raising little ones learning to talk, mothers will most likely catch most of those words, fill in the blanks, and understand what you are saying no matter how badly you mangle the language.

Here are just a few of the women who understand me. 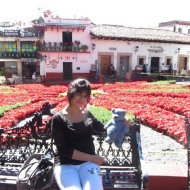 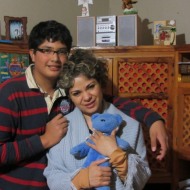